It’s up there with “Can you make my wife disappear” as one of the commonly heard things heard as a magician. But is there any truth in it that magicians can cheat at cards?

Can Magicians Cheat At Poker? 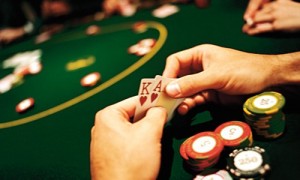 The short answer is yes…If a magician is in control of the cards and the audience aren’t used to seeing cards shuffled then it’s very easy for us to deal a Royal Flush or the 4 Aces. However, at the poker table it’s a different story because poker players and dealers all shuffle the cards a certain way so for us to pick the cards up and control the aces would look a little out of the ordinary. Also since the film Rounders came out people are very much aware of players working in together so the dealer isn’t winning the hand but a secret accomplice is picking up the winnings which they split at the end.

Are Magicians Good At Poker?

“Magicians have high standards, are normally mathematically minded and are used to dealing with a lot of new people. Plus for those who take the profession seriously we have to learn to read people which is always a major advantage when playing poker.

To qualify for the event all players had to come in the top 25% of their club so that eliminates a large proportion of novices who turn up for their first tournament and get eaten alive by the experienced players.
So when it came to the big tournament there were 185 club players competing for the title and the big cheque. It was my first time there and I got off to a good start and I felt confident the way the table was playing that I was going to be knocking a few players out and gaining chips in a slow and steady fashion. But then we got a new player at the table and he played a style of poker that I hate because it’s very aggressive and hard to read.
Just before the break I lost about 1/3rd of my chips to him. I had a good hand and I made a good fold but most importantly to me I said to him “I know you’ve got pocket jacks” I folded and he turned over pocket jacks so I felt that my read was quite good and the break couldn’t have come at a better time. 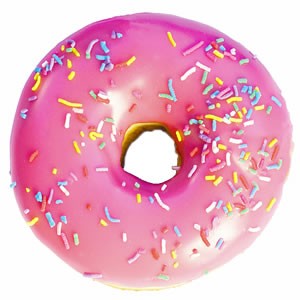 So it was time to introduce a psychological gamble. See I can’t cheat at poker, in fact I’m not allowed to touch the cards. But we’re all trying to figure out what people have and how to outplay the other guy. But I know how people work and I also know the psychology behind gambling. The human mind looks for patterns. Let’s say you place a glass at the other side of the room and you try to throw a ball into it. If the ball doesn’t go far enough you try throwing it a little harder. Maybe the next time it goes too much to the left so you try and throw it to the right a little. But say you tried for hours and then you had a bite out of a doughnut and you threw the ball into the glass first time. Then you’d have yourself a lucky Doughnut and a superstition that you could throw the ball into the glass when you had a bite of the doughnut.
Now I don’t believe in any of that stuff which is why I don’t have a lucky hand or a lucky T shirt that I wear to these events. However, for most gamblers that’s exactly what they have. So I don’t need a lucky doughnut but I need them to believe in it.

After coming back to the table I make the announcement that I have a magic Doughnut and everytime I take a bite out of it I win the hand. The table laugh but the message was sent. My first hand after taking a bite out of the doughnut was 7 4. As hands go…this one is pretty rubbish. However I was the big blind and no one bet so I was playing the hand. Flop 456. I check the hand because I’m thinking that an 8 would give me a straight. The next card is a 7. This gives me 2 pairs but if anyone has a 3 or an 8 then I’m in trouble. I raise and a guy goes all in. I sit and think about it for a while but I felt good and if I won the hand I would not only have more chips but I would have implanted my secret weapon of the doughnut.

I call and he turns over K7 giving him top pair and I win the hand with my 2 pairs.
Next hand pair of Kings. I win and I show the hand and tell the table again of the power of the doughnut.
So what does this mean. Well now as luck would have it everytime I take a bite out of the doughnut I can kind of tell what people have. Let me explain. See if you had a hand that you thought “is this feeling lucky” well you might play it or you might not. But see if you see that I’ve taken a bite out of the doughnut and you know that not only would you have to put up with loosing all your chips but also a really annoying guy across the table boasting about the power of his doughnut it means that you would question weather to play the hand or not.

So this means that I know that when someone plays a hand against me they are playing with something good and therefore I know how to play against them.
So anyway, this continued and after 10 hours of talking nonsesnse I was at the top table and after a wee bit of luck I found myself winning with what can only be described as the Doughnut hand 88 (the 8 has a 2 holes in it)

So was the whole thing luck?

No. Poker is a game I’ve studied over the last 10 years. I’ve read about 7 books on the subject and watched 4 DVDs and regularly watch the sky poker channel and talk to other good players. Half of poker is maths and I’m about as clued up on the maths as anyone else in the room was that day. Where my skill comes from is the ability to read people and understand their patterns. I often win hands and the person who has just lost a lot of money against me will just say I played the hand all wrong. I’m not arrogant with that I just sit back and make it look like beginner luck. As the game goes on people start playing a certain way and I change my style depending on the table.

With a bit of luck this won’t be the last time I win a big tournament.
Ironically I started playing poker again so I could develop an act that would allow me to go to the poker clubs and do a demonstration…but it’s far easier and more profitable to just play poker instead 