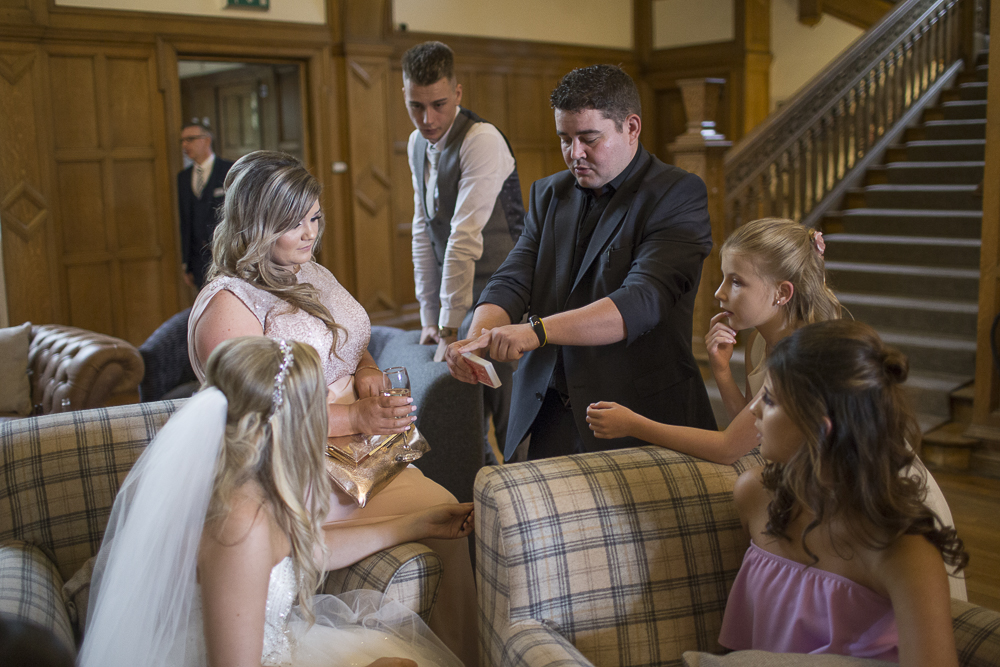 "When we hired Woody we thought he'd turn up and do some card tricks for our guests...What he did was so much more than that. I thought I'd hired a magician, what I'd actually hired was one of the greatest entertainers I'd ever seen in my life"
Happy Client
Cannot thank you enough for all your help in our wedding. Our guests are still talking about how amazing you were
Clare McIntyeeWedding Client
"Really enjoyed your show"
Kevin BridgesTV Comedian
"Have you shown that trick to the burds?"
Frank McAvennieFootballer / Mad Sh**er
Previous
Next 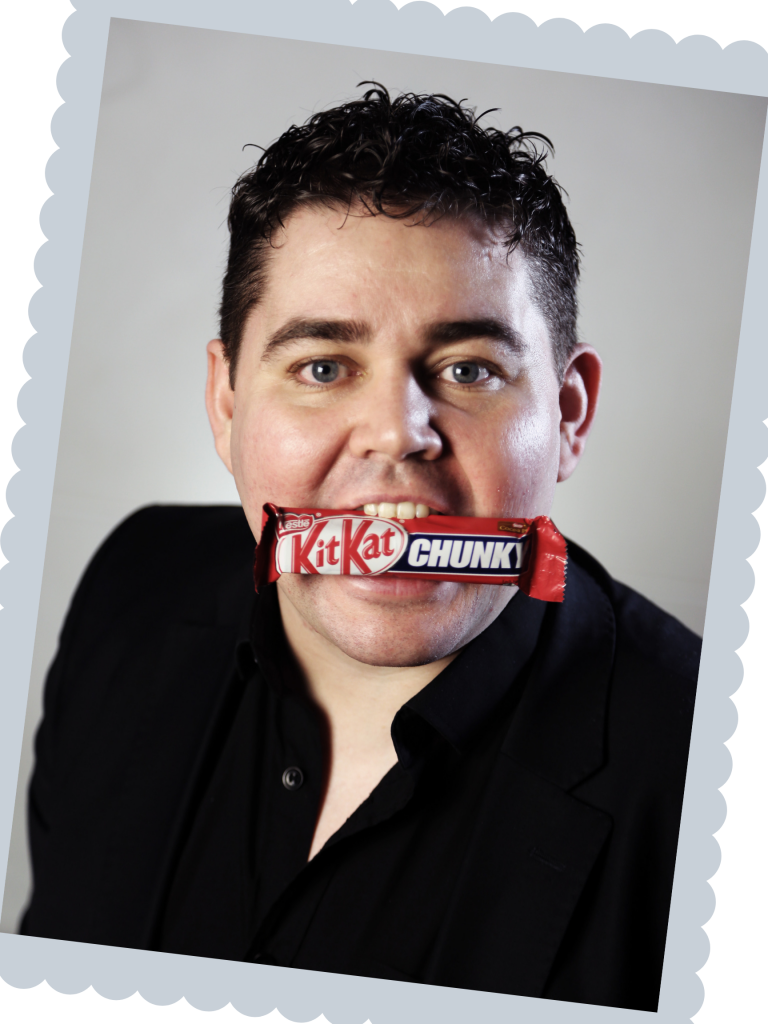 Why Hire Woody As Your Magician?

When we think of ‘comedy-magic’ it’s easy to think of Tommy Cooper performing rubbish magic to get a laugh.  This isn’t Woody.  He performs Dynamo style magic combined with his natural Glaswegian sense of humour to leave his audience entertained and amazed!

Being the small, fat kid growing up in the East End of Glasgow he was a likely target for bullies.  However, his quick wit would use their taunts against them and leave everyone laughing.   This cheeky charm flows through his performance and is perfect for audiences who might not be the biggest fans of magic.

p.s. He’s still small and fat and will likely inspect your buffet.

Keep your friends and family entertained whilst you're away getting your photos taken or during the meal.